The biography of Charles Joseph Grips
Carel Jozeph Grips, or Charles Grips as he later called himself, was born in Grave on 22 November 1825 as the son of Johann Hubertus Grips and Gertruyda Cruysen. Unfortunately little is known about his childhood in Grave. What we do know, is that he is studying at the Beekvliet seminary in Sint-Michielsgestel. However, he did not opt for a life as a cleric, but with permission of his parents, became proficient in his great passion, painting.

In 1850 he begins his studies at the Royal Academy of Fine Arts in Antwerp, where he is taught by renowned artists such as Ferdinand de Braekeleer and Hendrik Leys. During his studies Charles also became acquainted with a new medium, photography, a discovery he would later make eager use of. After his return to Grave, Charles was apprenticed to the painter Jan Hendrik van Grootvelt. His first work also originates from this period, including a number of beautiful lithographs of churches and monasteries.

In 1868 Charles decides to move to Brussels with his wife, Hermina Gerdessen. At that time Brussels was considered to be one of the hotspots in European painting. In Brussels Charles becomes proficient in a genre, establishing his name. Largely inspired by the market, he mainly painted interiors; domestic scenes with hardworking housewives and magnificent decorative objects. With the support of the network he establishes in Brussels, he manages to export his work to a large number of countries, including the USA, Great Britain and France.

Many of the models Charles uses in his paintings are photographed at first, after which he further develops the photo into a drawn preliminary study. The models he initially uses are maidservants, but after comments from his trade relations the maidservants are replaced by better-selling ladies, dressed in beautiful robes.

After spending 13 years in Brussels, the art market starts to decline and Charles returns to the Netherlands. He settles in Vught in Brabant where he eventually builds a beautiful building on the Marktveld. This house, which was most likely designed by Grips himself, is still known as the Gripshuis.

In this period, he acquires the commission to decorate the St Peter’s Church, that is under construction, with religious art. In the years that follow he paints the stations of the cross and the secrets of the rosary for this church. Almost certainly he is assisted by his sons Frits and Ernest, who, like their father, have chosen a life as a painter. All the large paintings for the church are created in the Gripshuis and then transported via the large studio window to the DePetrus church.

In addition to the religious work for the DePetrus church, he made a large number of beautiful portraits of family members, dignitaries and unknown Vughtenaren during this period. Although Charles reached the respectable age of 94, we know very little about the last years of his life.  What we do know is that he slowly became blind and was therefore hardly able to paint anymore. In November 1920, Charles Grips died in Vught. His funeral took place in the DePetrus church where he was surrounded by his self-painted works. 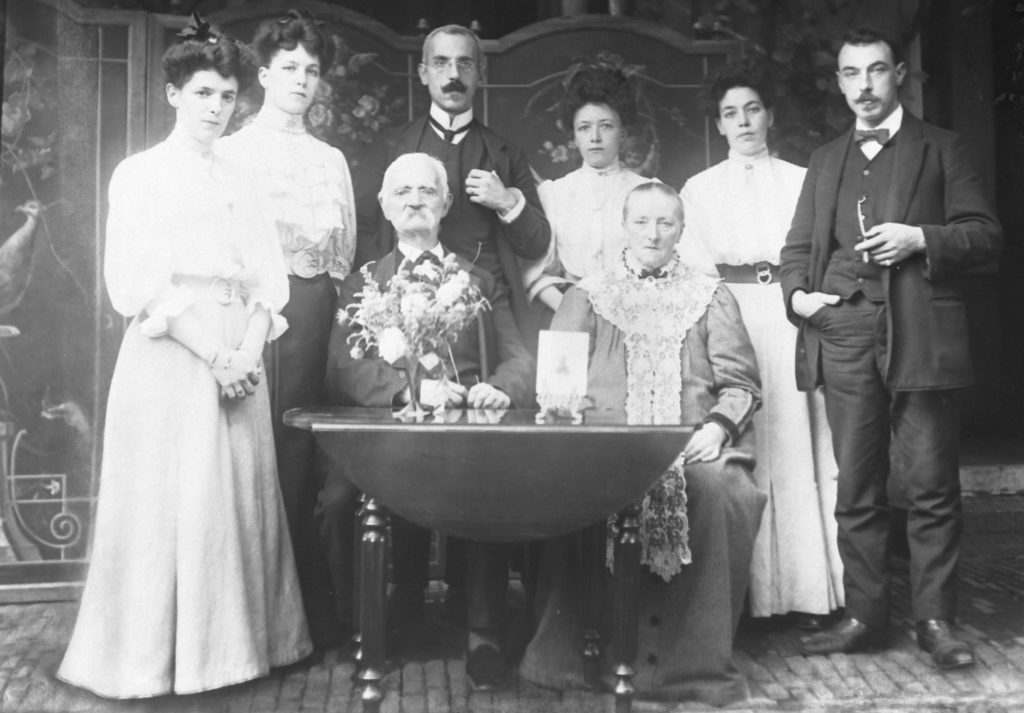 The contributors of the C.J. Grips Foundation

The contributors of the C.J. Grips Foundation

For conservation and dissemination of the work of Carel Joseph Grips
Marktveld 3, 5261 EA Vught, Nederland